Serving Victims in Vancouver, WA and Portland Oregon, as well as Surrounding areas

Are you going to need a personal injury lawyer or not? 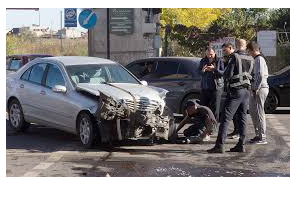 Sellers Law Firm provides representation and assistance for victims of accidents caused by negligent parties in Washington State and Oregon. We are located in Vancouver Washington.

Insurance companies are paid premiums to insure risk. If you are in an automobile collision in Washington or Oregon, PIP (personal injury protection) coverage from the insurance policy of the car in which you were riding will provide insurance payments for your treatment and wage loss unless the PIP coverage was waived in writing when the policy of insurance was purchased. If another driver caused your injuries, you will also have a claim against that driver’s liability insurance. If you were riding with the driver who injured you, the PIP and Liability coverages will usually both be from the coverage of the driver of the car in which you were riding.

The risk against which the PIP carrier and the liability carrier insure is the risk that they will have to pay any loss resulting from your injuries. To the extent to which people are not injured and have no loss, insurance companies get to keep the money paid as premiums for the insurance. As you can see, it is directly in an insurance company’s interests to keep as much of the money originally paid as premiums for policies of insurance as they can. The best way to do that is to avoid or minimize the amounts that must otherwise be paid to or on behalf of people whom have been injured.

It has been my experience that insurance companies will often go to great lengths to avoid paying what they should pay if they do not have to. I have close to four decades of experience negotiating with insurance companies, and sometimes bringing suits to recover on my clients’ claims. It is often a struggle or an outright fight to make an insurance carrier pay what it should to compensate an injury victim for their loss.

Although I have occasionally seen instances of unrepresented persons doing well in negotiating their own settlements, it is not something that I would even attempt to do for myself. If I am injured, the insurance company is going to know that I would look like a fool presenting my own injury claim to a jury. As a result, they could be expected to refuse to pay me representing myself what they might be willing to pay on my behalf to another equally experienced personal injury attorney who was representing me instead.

There is a concern that I occasionally hear expressed by prospective injury clients that retaining an injury attorney will make them look greedy and will complicate something that should otherwise be easy to resolve. Whether or not you are represented, you are very unlikely to get something for nothing. Most insurance companies will try hard to settle your case for less whether or not someone like me is representing you. The real challenge will be to get that to which you should be entitled by way of fair recompense for your injuries in the first place. 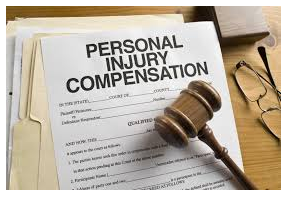 Hardly any self-respecting insurance agent or adjuster would ever want you to consult with an injury accident attorney, certainly not right away. When injury attorneys are not involved, claims settle for less money. Unfortunately, this can occur because you do not get proper advice in preserving your claim rights. It can also occur because although the insurance investigator may immediately take photos of the damage to the vehicles and get witness statements while the recollection of witnesses to the accident are fresh, by the time you get around to doing something on the claim, the vehicles have probably been fixed or salvaged out and the witnesses might either not be found or might not be able to remember what happened very well.

If you don’t have a qualified injury accident attorney working for you, you will be at a disadvantage. The average person simply does not have the technical knowledge to properly preserve evidence and to take all the steps necessary to preserve their rights. But let me give you an example.

I once had a friend who came into me a year and one-half after a car crash in which the other driver ran a red light. My friend waited that long because he knew I would be there when and if he needed me, and that I would know how to successfully handle the claim. My friend had a vertebral disc that eventually ruptured as a result of his injuries and required surgery. Since the other driver had blown through a red light, my friend just knew that he had the facts on his side – that he had a good case. He assumed that settling his case would be easy. However, because of his delay in getting representation, problems arose.

By the time that he finally came in to see me, the other driver had decided that it had been my friend who had run the light. When an investigator was finally sent out to get statements, the two persons who had witnessed what had happened could no longer remember for sure whether my friend or the other driver had run the light. The case came down to my friend’s word against that of the other driver. Insurance companies rely on mistakes like this to hold down what they have to pay out in claims. If my friend hadn’t waited over a year and a half to hire me on the case, the evidence would have been pinned down and preserved.

Another error that it is easy for unrepresented people to make has to do with getting treatment for injuries. If you are in an insured automobile collision, the less treatment that you receive, the less it costs the insurance companies that provide coverage. 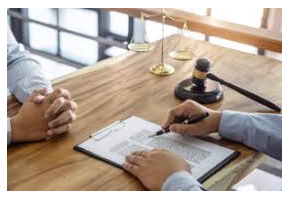 Sometimes persons who have soft-tissue injuries do not immediately appreciate the full extent of their injuries. Some of them will be inclined to defer seeking treatment, to see how well they recover on their own. Sometimes they are encouraged to do that by the other driver’s insurance company, or their own insurer. Insurance companies would normally rather you took the wait-and-see approach to soft-tissue injuries.

The problem is that besides having to live with how your own body might try to heal the injury in its own crude but effective fashion, some options for care may later be denied to you, or be limited if you wait to start care. This is because if you wait to seek care after the wait-and-see approach may have failed, your motivation in failing to seek treatment in the first place may be later attributed to the lack of any real injury. It will at least be attributed to conditions other than those arising from the car accident in which you were injured.

The other problem with waiting is that even when you are not being actively treated for a soft-tissue injury, your body is providing its own form of therapy, just like it would if you failed to have a broken leg set by a doctor.

I have even had injured people rely on an insurance adjuster for advice in deciding whether treatment would be recommended. These people fail to recognize that even their own insurance carrier usually has a vested interest in limiting the amount of care that someone who is injured receives.

When people who are injured ask me if they should retain an an injury accident attorney, I always tell them that they should hire an experienced personal injury attorney. Although they might get by on their own fine, a significant percentage of them will make costly mistakes in handling their own claims. Frankly I do not want to be criticized for failing to give them advice that I would follow myself even through I have a lot of experience in handling injury claims I have not attempted to give you all the advice that you might need, and the advice may differ with the circumstances. If you are interested in exploring representation on your claim, feel free to give me a call.