Serving Victims of Negligence in Vancouver, WA as well as Surrounding areas

Spinal Cord Injuries As A Result of An Accident 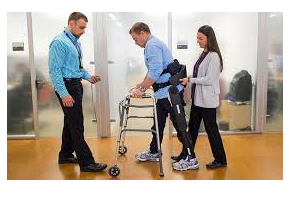 Many of the clients I represent following a motor vehicle accident or slip and fall injury suffer from back pain and back problems. These injuries usually occur in the cervical region (which comprises the top seven vertebrae of the neck) or the lumbar region (which entails the 5 largest vertebrae of the lower back). Sometimes, these injuries entail herniated disc or torn ligaments, but often they are confined to the soft tissues of the back, neck, and shoulders. Usually, with a combination of chiropractic treatment, physical therapy, and massage therapy, clients are able to regain much of their previous function and activity levels and to live relatively pain free.

Spinal cord injuries (SCI) are a particularly serious and severe type of back injury that entails damage to the nerve cells of the spinal cord, disrupting communication between the brain and other parts of the body. The human spinal cord is a bundle of nerve cells and fibers about 17 inches long that runs from the brain to the lower back.

SCIs, depending on their severity and location, usually entail a partial or total loss of function/motor control and sensation. In that sense, they are almost always life altering and come with high medical costs as well as stress and strain on your and your family. If you or a loved one has suffered a SCI, you need the advice and guidance of an experienced personal injury attorney. Another party may be responsible, or partially responsible, for your injuries, in which case you are entitled to compensation. Though some SCIs are caused by infection or disease, the vast majority of SCIs are traumatic in origin. According to the National Spinal Cord Injury Statistical center, motor vehicle accidents are responsible for over 40% of SCIs. Falls, violence, recreational sports activities are also common causes of injury. In addition, SCIs can occur during back and neck surgery as a result of medical malpractice. More than 75% of people with SCIs are men. Most commonly, the spinal cord is damaged by bruising or compression, or sometimes, laceration.

As mentioned above, symptoms can vary widely based on the extent and location of the injury. SCIs are usually referred to in terms of completeness; a “complete” spinal injury means that all function below the injured area is lost, whereas an “incomplete” injury means some of the functions below the injured area are retained. The higher the location of the injury on the spine, the more extensive the paralysis or loss of function and sensation will be. As such, neck (cervical) injuries often result in complete or incomplete quadriplegia (all four limbs and torso) of the body below.

However, injuries that occur lower on the spine, such as the thoracic (chest level) or lumbosacral (lower back) regions, will usually only affect the areas below the point of injury, resulting in complete or incomplete paraplegia (the lower extremities). But because the spinal cord is also responsible for a range of bodily functions in addition to just movement—including breathing, heart rate, blood pressure, body temperature, and bladder and sexual functioning—accident victims can experience a wide range of permanent and serious health issues, as well as secondary medical problems such as bed sores and lung or bladder infections. 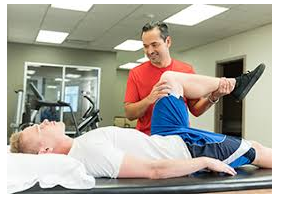 Initial SCI treatment usually involves immobilization and evaluation via x-rays and CT scans, and sometimes use of steroids to reduce swelling or surgery. The rehabilitative treatment that follows varies widely given the particulars of the injury (severity, location) and the symptoms of the patient. In addition, the costs and particulars of future treatment and care can vary widely based on the particulars of the patient and their injury, for no two injuries or people are alike. However, it is fair to say that medical expenses and assistive devices/equipment for someone with SCI over the first year after the accident can often be in the hundreds of thousands of dollars and over a million dollars in one’s lifetime, depending on the age at which one was injured. This does not include lost wages or emotional and psychological toll of one’s injury and rehabilitation. Accessing the funds to pay for proper medical care and daily living is a pressing and stressful matter for many SCI accident victims and their families.

As such, it is important to consult an experienced personal injury attorney like me to see about your potential legal options. You might wonder if you can still be compensated for your losses given the circumstances of your accident. For example, you may have been consuming alcohol (which is pretty common in SCI injuries) at the time of your accident. In that case, you might worry that the other party could argue that the alcohol consumption contributed to the accident, in order to suggest that they are not at fault. This kind of defense is based on the idea of contributory or comparative (weighed) negligence. However, Washington is a pure comparative fault state. Its laws allow the damaged party (you) to recover damages, even if you are partially at fault. In fact, this means you could recover damages, even if you are found to be 99% at fault, though recovery is reduced by the damaged party's degree of fault. Your portion of the settlement is directly reduced by your degree of fault, so, in this extreme example, you would receive 1%. Oregon’s laws are somewhat stricter than Washington’s with regard to negligence and fault. It has a system of modified comparative fault and follows the 51% bar rule. This means that you cannot recover damages if you are found to be more than 51% at fault (i.e. more at fault than the other party), but you can recover damages if you are 50 percent or less at fault. Again, the recovery would be reduced by your degree of fault. You may also have been involved in a dangerous activity such as skiing or skydiving at the time or your accident. Perhaps you signed a waiver of liability form on behalf of you or your child. This kind of defense is generally referred to as assumption of risk.

However, these circumstances typically do not completely bar you from recovering compensation for your loss. Instead, in Washington and Oregon, the jury would typically take this into consideration in determining comparative fault according to their rules as stated above—pure comparative fault in Washington and modified comparative fault in Oregon. Like in any situation of serious injury, if you or a loved one has suffered a SCI, it is important to consult with an experience personal injury attorney about the particulars of your case to see about your options for legal action.