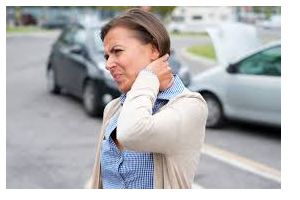 If you are injured in a car or truck accident, it is important to protect your rights. The best way to do that is by retaining an experienced personal injury attorney. It is necessary to understand the insurance coverages that are available. Coverages are sometimes complicated and can be very, very difficult to sort through. Coverages are not only governed by insurance policies.

I will try and explain some aspects of some auto coverages. However, it is not intended that you rely on my general information. Everything can change depending on the circumstances of the event causing your injury, the language of insurance policies, the states in which the policies were issued or in which you were injured, and applicable statutes and court decisions. Some of what I say is my opinion, which might not be shared by other attorneys. The circumstances of your personal injury claim would have to be analyzed to give you advice upon which you could rely.

If you are driving a vehicle and somebody else causes an auto or truck collision in which you are injured, you have a claim against the person who caused the collision. The other party’s driver’s liability coverage is primarily responsible for your claim. 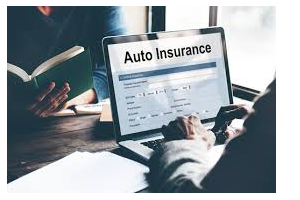 If you were riding in a car, or you were a pedestrian or a bicycle rider, and you were injured, you may also be an insured or a beneficiary of the auto insurance policy covering that car, whether or not the driver was at fault for causing your injury. This coverage is called Personal Injury Protection, or PIP, coverage. It is a no-fault coverage.

If there is PIP coverage, you always want to immediately notify the carrier for the car you were riding in, or the car that hit you as a pedestrian or bike rider, and make a PIP claim. It shouldn’t increase the insurance premiums for the car unless the driver of the car was at fault. Sometimes there is concern about an increase in premiums because you are making a claim against your own PIP coverage or that of a loved one or friend. In Washington there is an administrative rule that requires that the driver be 50% or more at fault for a claim to increase premiums.

If you were injured by another driver, often times the insurance carrier for your car will tell you that you don’t need to make a PIP claim because the insurance company for the "other” driver is primarily responsible to pay for your injury claim. Like all half-truths that is 100% misleading.

Although the other driver’s insurance is primary, PIP coverage is secondary. It may take awhile to structure a settlement of your liability claim against the other driver’s liability coverage. In the meantime, the PIP coverage of the car that you were operating, or in which you were a passenger, is responsible to immediately begin paying your medical expense and wage loss within the dollar limits of that coverage.

You always want PIP to pay. You can’t know for sure if you will recover anything from the other driver’s policy; it may look like a sure thing, but there are in fact no guarantees with respect to your liability claim against the at-fault driver.

You may have to pay the PIP back from your recovery on your liability claim against the other driver. However, in Washington, PIP is often required to pay a prorata share of your attorney’s fees and costs, which reduces your expenses if you have an attorney.

Further, in Washington there are circumstances under which you might never have to pay PIP back. So by taking PIP benefits you are getting a bird in the hand without ever giving up the two in the bush. It is virtually always a mistake not to make a PIP claim.

Another aspect of PIP coverage is that PIP coverages from two or more different insurance policies might stack. Suppose that you are injured as a passenger. Any available PIP coverage on the car in which you were riding must pay first. If that coverage 100% pays out (“exhausts”) and you have PIP coverage on your own car, you may be able to later claim against your own PIP too.

For instance if you have $20,000 in medical expenses from the car crash and there is $10,000 in PIP on the car in which you were a passenger, $10,000 in PIP from your own auto policy, and the policies stack, PIP will pay 100% of the $20,000. I have simplified this; figuring it out in any given case will probably be more involved. There also can be more than two PIP coverages. 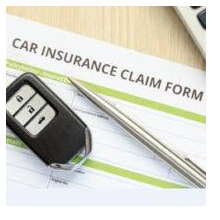 What if the at-fault party is uninsured? You still have a recoverable personal injury claim if there is Uninsured or Under-insured (UM/UIM) coverage available.

Like all insurance claims, Uninsured Motorist Coverage and Under-insured Motorist Coverage depend on the law of which state where the policy was issued or where the injury occurred. These coverages are like liability coverage for your claim against an uninsured or under-insured at-fault driver that is provided by your policy or a policy under which you are a beneficiary of the coverage. It covers personal injury claims, and can cover property damage.

An important thing to understand about Uninsured and Under-insured Motorist Coverage is that you can recover from this coverage whether or not you recover from an available liability coverage. Whether and to what extent a UM/UIM coverage is available, and under what circumstances, requires analysis.

These are but some of the aspects of some of the coverages. Hopefully the information is food for thought that will lead you to at least inquire about the coverage, to make sure you get the benefits to which you may be entitled. Again,the best way to do that is by talking to and retaining an experienced personal injury accident attorney.

Read about Claim Adjusters and how they work to avoid paying out on claims. You can also review more information on Insurance Companies Claims Processing.

Perhaps you have choices that you might not have otherwise considered. Feel free to call for an appointment or a phone conference at no charge.